Women about women not just for women

My Mother is Driving Me Mad

Women about women not just for women

Liliom Productions was created by three actresses well-known in Hungarian theatre and film. Their aim was to create a female theatre structure, unique in Hungary, with the motto:

“Women about women not just for women”

The aim of the Production is to create high-quality theatrical entertainment that showcases the mysteries of the female soul from different perspectives. 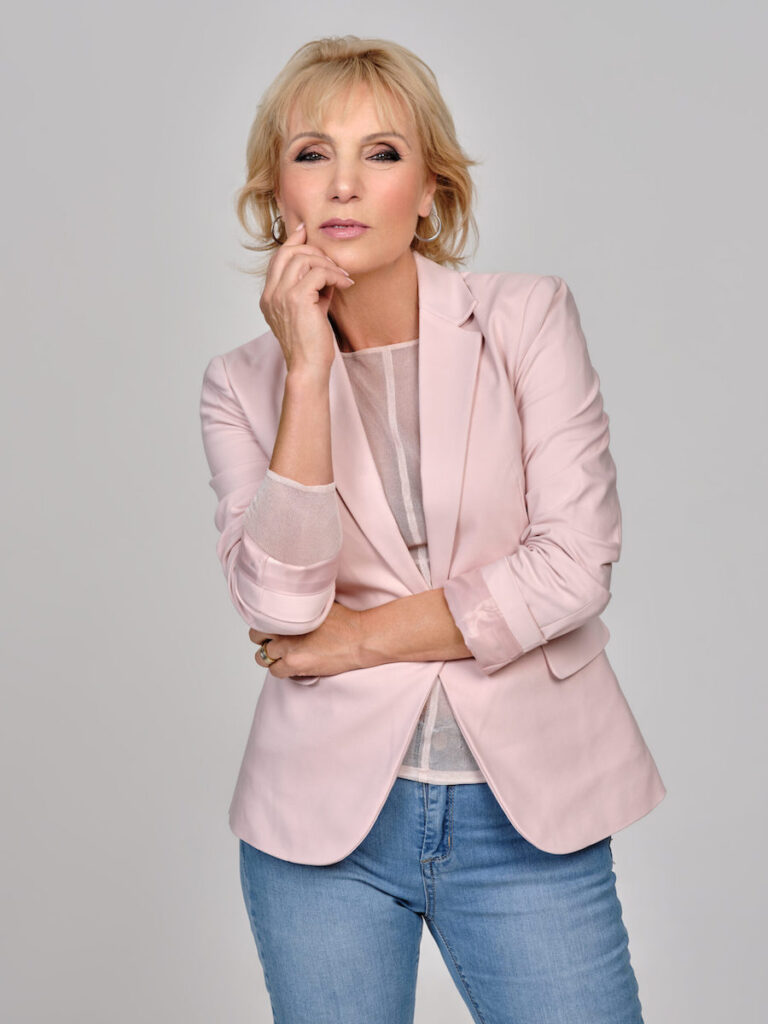 I come from a family of actors, and ever since I was little, I’ve longed for the stage. My success as a young actress was mainly due to my looks in leading roles such in János Kovácsi’s Cha-cha-cha, playing Eliza in Pygmalion, Stella in A Streetcar Named Desire, Natasha in War and Peace or Schiller’s Maria Stuart. However, my dearest memory from drama school was when József Gáti sent fourth year students to the first year to learn poem recital from Rita Tallós. I must have inherited my talent for poem recital from my father, Endre Tallós.

My initial successes after graduation were followed by difficult years in rural theatres. I played in Kecskemét, Zalaegerszeg, Székesfehérvár, in suburban theatres and cultural centres in Pest and the country. T took whatever roles I could whenever I could, some big roles, some small roles, whatever came my way. I wasn’t spoiled, so I couldn’t be fussy. In the meantime, I graduated from the University of Applied Arts, I tried to start some businesses, and I gave birth to and raised my children. The only big success I had in recent years was the television soap opera, Through Thick and Thin (Jóban rosszban). I’m not ashamed of it, television an important part of my profession, but it was harder to get used to it than I used to think. Success is important to an actress, almost at any cost. However, there has been one thing more important to me, to this day: theatre.
In 2013, I played in a two-person tragicomedy with Szilvia Bach, written by her about an actress with breast cancer - two weeks after the première I got the same diagnosis… I was playing the role throughout my chemotherapy, without a wig… incorporating my real cancer into the performance ... I played the disease out of my system.

In recent years, I’ve directed several performances which received positive feedback, but my breakthrough work was Your Mother’s Woes, which I edited and directed, followed by the success of Calendar Girls and Menopause. My productions have been and are continuously being invited to several festivals and guest performances. Today, I have five successful productions running without a break in sold out venues in Budapest and nationwide.
Last year I was invited to do a TV series, Perfect Fathers (Mintaapák), which I was happy to do. So now I also work as an actress.

If one wants to make it, I could write volumes about my trainings, education, acting...
... I learnt a lot in the past thirty years. About the profession and about humility.
I have a constant urge to work. I mainly direct these days, this has been the most important part of my life in the past years.

I’m a Boulevard director. The actors and the audience are equally important for me. They all have to love and enjoy the play, otherwise what’s the point?
My work over the last six years proved that I can safely determine what will become a successful production.
This is why we started Liliom Production female theatre.

When I graduated from the New Theatre’s drama studio in 2013, I immediately set off to see the world. For years, I worked in show business in the Caribbean and eventually reached managerial level. Some organizational skills, good communication and excellent negotiation techniques is what I contribute with these so that we don’t get lost in the details. In addition to managing Liliom Productions, I am also a stand-in Motherhood, the Musical. I learnt all four roles so no matter what happens, the show can go on.

For me, Liliom Productions is a dream come true, a love child that we raise as a family in a female community where we create together and where our tasks are not work but our passions.

The only thing that is harder to create on stage than tragedy is comedy. Good boulevard theatre doesn’t really have a tradition in Hungary yet, and I would like to help create this based on my experience abroad and introduce it to the audience as widely as possible, spiced with witty, intelligent humour. 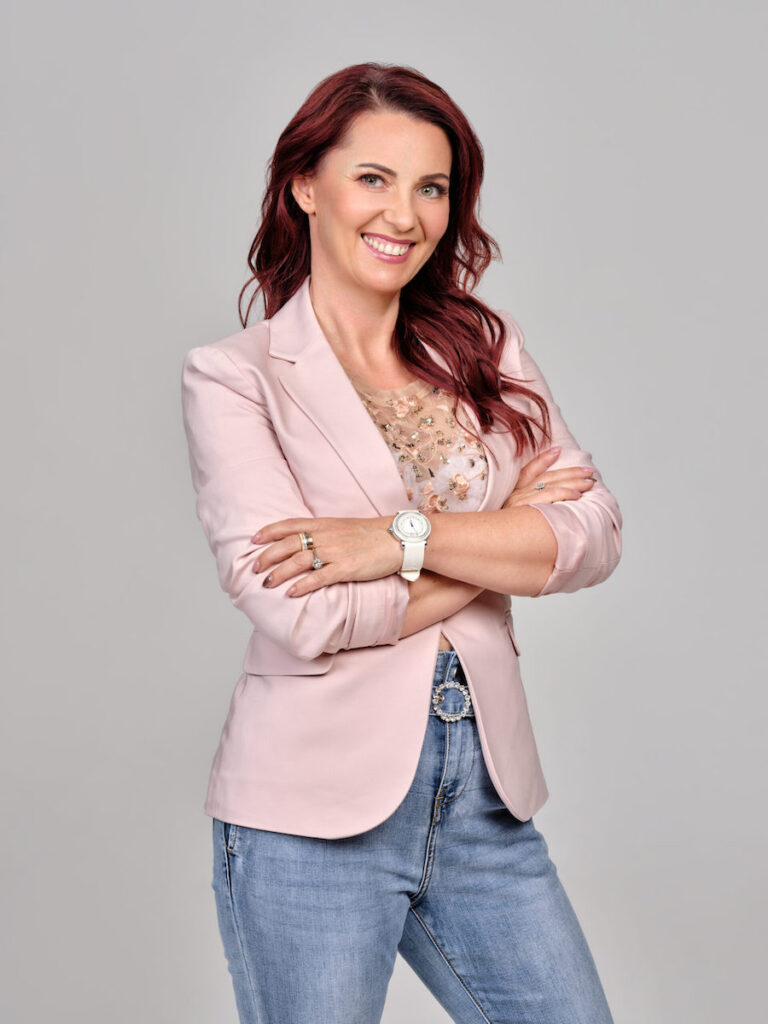 As a happy mother of two girls and a boy, it is a pleasure to have been working as a successful leader for years. I am not only communication manager for the Révész Group, I am also the owner and managing director of the four-star Hotel Aventinus in Nyíregyháza and the Victoria Garden Hotel and Restaurant. In addition, I founded the Nyíregyháza Spartacus Gymnastics Club, which deals with basic gymnastics training and competitive aerobic training for new generations. Furthermore, I also worked as lead designer for the Révész Truck Racing Team, which specialises in truck racing.

As an entrepreneur, it is proven to me every day that professionally women have the same potential power as men. I have also been involved with younger generations for a long time, including little girls who will go on to shape our future as strong women in the future. In the founding members of Liliom Productions, I saw the same cohesion and female empowerment that I represent in business. I was very enthusiastic to join their team, in order to create a theatrical space dominated by women, who have a great need for men.

Our latest production is My mother drives me mad

My mother drives me mad

Get your tickets simply and
comfortably online.

Have you got any questions?

Women about women not just for women
info@liliomproduction.com

You can find out more about which cookies we are using or switch them off in settings.

This website uses cookies so that we can provide you with the best user experience possible. Cookie information is stored in your browser and performs functions such as recognising you when you return to our website and helping our team to understand which sections of the website you find most interesting and useful.

Strictly Necessary Cookie should be enabled at all times so that we can save your preferences for cookie settings.

If you disable this cookie, we will not be able to save your preferences. This means that every time you visit this website you will need to enable or disable cookies again.

This website uses Google Analytics to collect anonymous information such as the number of visitors to the site, and the most popular pages.

Please enable Strictly Necessary Cookies first so that we can save your preferences!